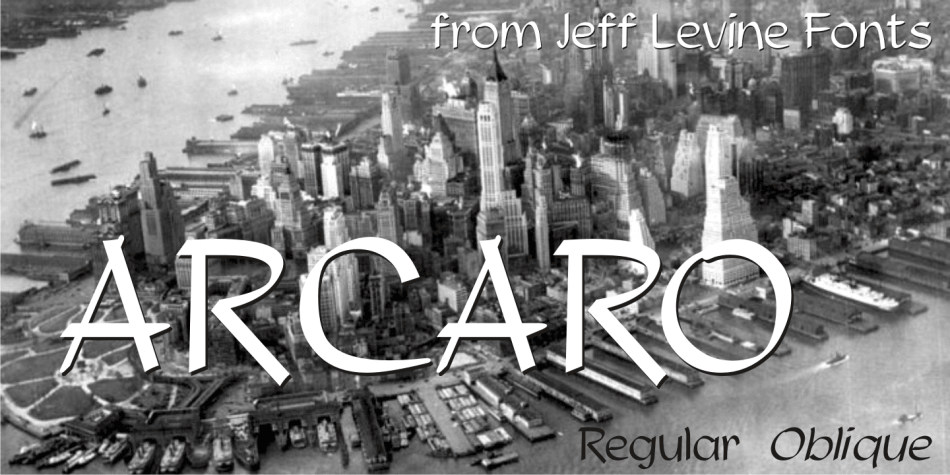 There are times when a typeface is used so consistently that it becomes somewhat synonymous with the subject it’s used in.

The opening and end titles for the ABC-TV series “Naked City” (1958-1963) were set in a bold version of a popular font emulating the look of calligraphic hand lettering.

Arcaro JNL is a somewhat lighter and slightly modified version of this typeface and is offered in both regular and oblique versions.

The name Arcaro comes from one the regular characters in this superbly-written police drama, Detective Frank Arcaro.