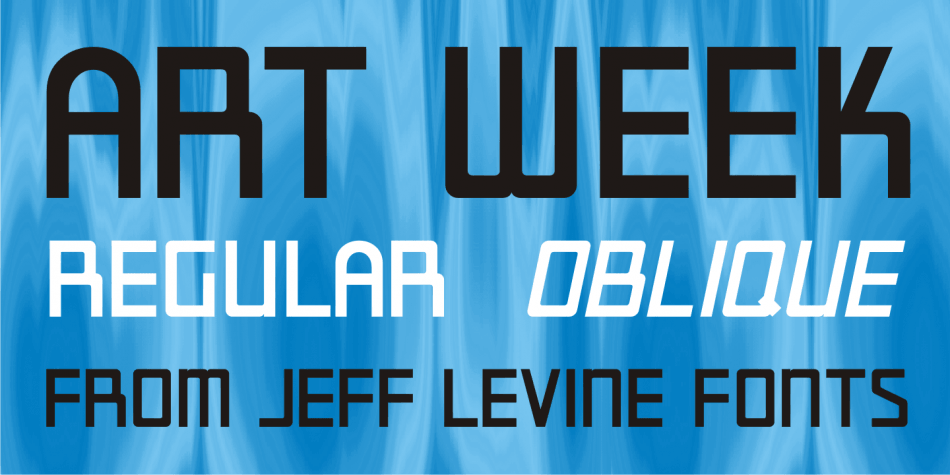 Art Week JNL is a display sans and art deco font family. This typeface has two styles and was published by Jeff Levine Fonts.

Art Week JNL is a wider variant of the lettering style used on many WPA (Works Progress Administration) posters for the arts in the Depression-era 1930s.

Wider than the version used for Concert Series JNL, it also features an ‘A’ with a rounded top rather than the flat, square version.