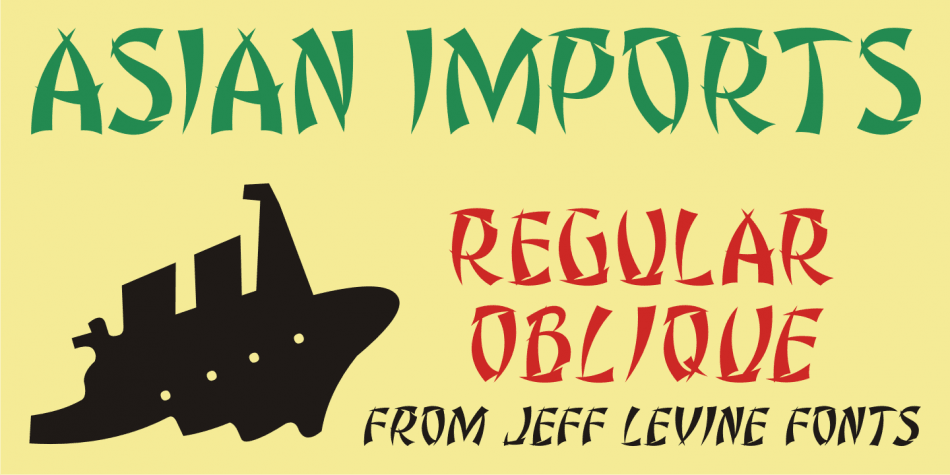 Sheet music for the 1939 Hoagy Carmichael composition “Hong Kong Blues” features the Far East-influenced hand lettered title that was the basis for Asian Imports JNL; available in both regular and oblique versions.

Carmichael performed the song in the 1944 Warner Brothers film “To Have and Have Not’, (which first paired Humphrey Bogart and Lauren Bacall).  The sheet music was a reissue to capitalize on the song’s use in the film.