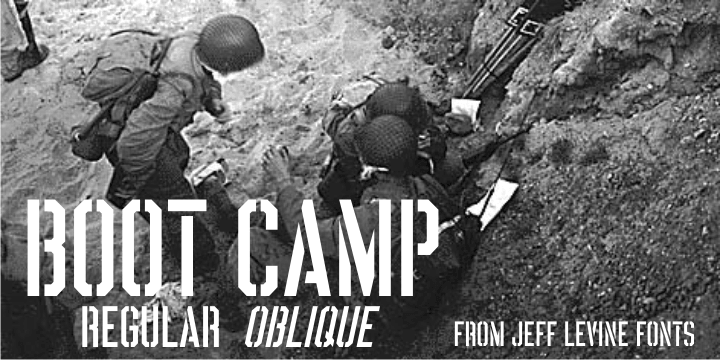 Boot Camp JNL is a stencil font family. This typeface has two styles and was published by Jeff Levine Fonts.

Boot Camp JNL has the same roots as Jeff Levineís Condensed Stencil JNL, as they were both modeled from a set of vintage brass interlocking stencils made by the Stafford Manufacturing Company.

The previous font was drawn from limited examples of the stencils seen in an online photograph, so a number of the basic characters had to be improvised.

Since then, a nearly complete set was obtained and the alphabet and numerals are truer to the original design.

Additionally, both Regular and Oblique versions of Boot Camp JNL are available.