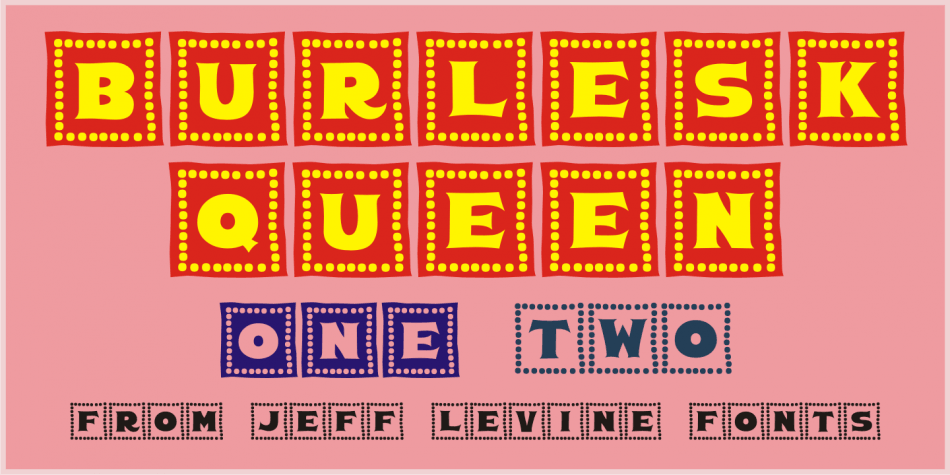 Burlesk Queen JNL was inspired by the hand lettered title “Gypsy” on the sheet music for “Everything’s Coming Up Roses” from the movie musical based on the autobiography of famed stripper Gypsy Rose Lee.

With just four basic letters to work with [G,Y,P and S], a full character set was drawn from scratch.  The design features bold spur serif characters on individual ‘marquees’ bordered with lights.

Burlesk Queen One JNL is the original version with white characters on black panels, while Burlesk Queen Two JNL has those panels stripped away to provide black letters on a white background.