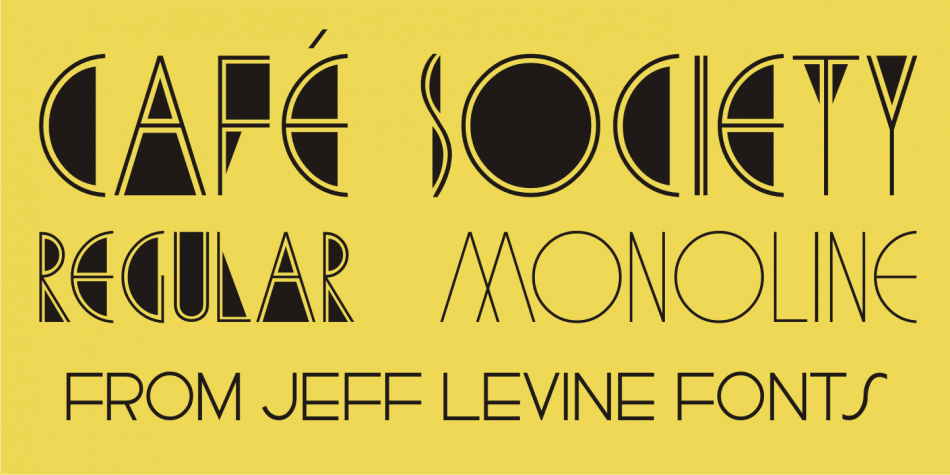 Cafe Society JNL is a display and art deco font family. This typeface has two styles and was published by Jeff Levine Fonts.

Vintage sheet music was initially a partial inspiration for what started out as a simple retro typeface, but the basic hand-lettered design from the Art Deco era lent itself to some further experimentation. Geometric shapes were added to the original monoline letters and numerals and the end result was a marvelous display face called Cafe Society JNL.
During the 1930s, “Cafe Society” was popular slang for the financially privileged during the Great Depression who dined at fine cafes while others who were able to eat out did so at diners and cafeterias.
Available along with Cafe Society JNL is the original version,  Cafe Society Monoline JNL.