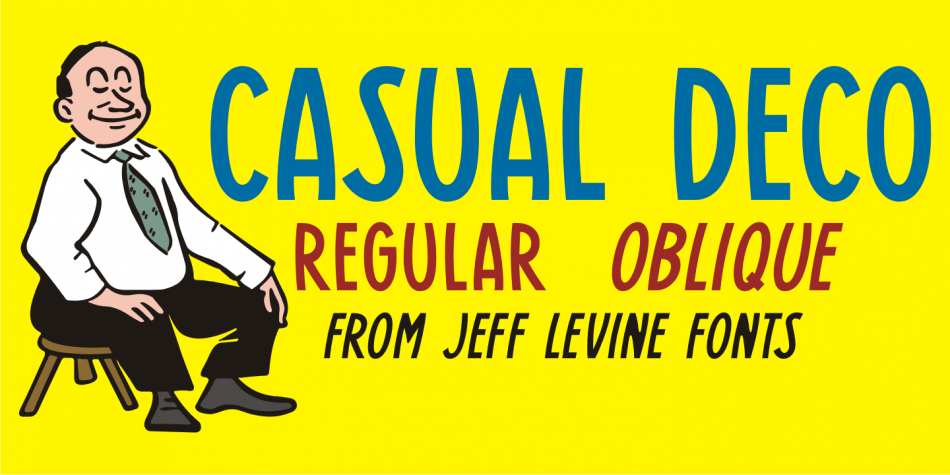 The hand lettered sans serif title on the 1931 sheet music for “(Potatoes are Cheaper-Tomatoes are Cheaper) Now’s the Time to Fall in Love” presented another opportunity to create a typeface from the wealth of unusual alphabets found on the covers of vintage and antique song sheets.

However, it seems that even as late as the 1930s, song writers had the urge to pen long-worded titles for their musical compositions.  This thirteen word verbal excursion became the model for Casual Deco JNL, which is available in both regular and oblique versions.