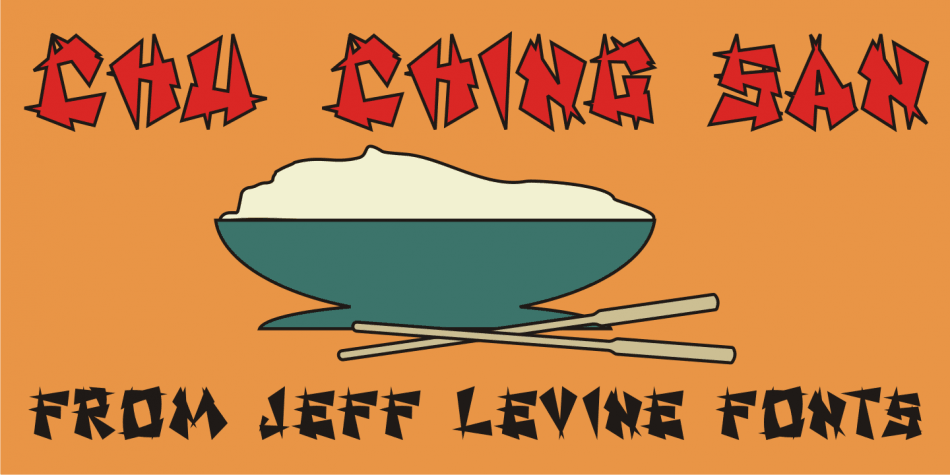 Novelty songs and their often crazy or extra-long titles were all the rage at the beginning of the 20th century.

A piece of sheet music for the 1920 song “When Chu-Ching-San weds Paddy McCann” had the title hand lettered in an unusually bold form of Asian-inspired lettering.

This has been recreated digitally as the type font named for the song Chu Ching San JNL.