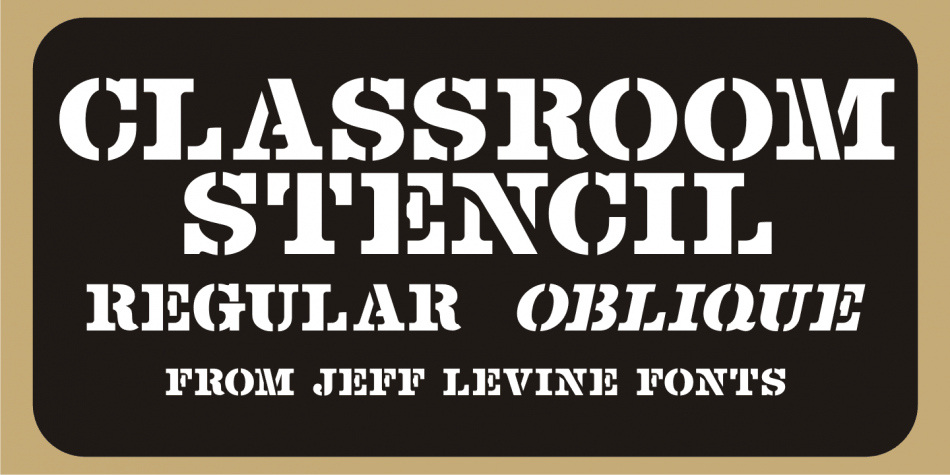 Classroom Stencil JNL is a stencil font family. This typeface has two styles and was published by Jeff Levine Fonts.

Roman-style stencil fonts have been around for much longer than most people realize - from the interlocking brass stencils of the 1880s to the laser-cut plastic stencils of today.

A 1 inch Roman lettering guide [die-cut from oil board with spacing holes for correct alignment] made by the now-defunct Zipatone Corporation in the 1970s was a clone of an existing design of another company; but with variations in certain character shapes.

This then became the working model for Classroom Stencil JNL, which is available in both regular and oblique versions.