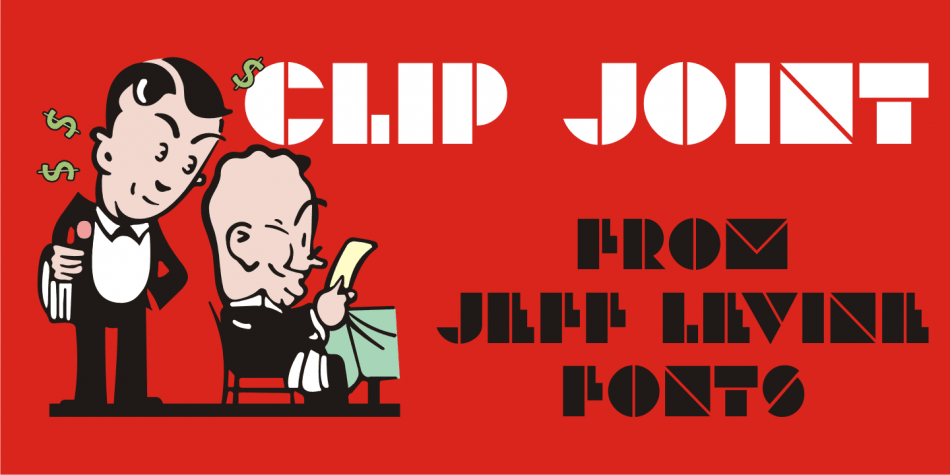 According to Wikipedia, a ‘clip joint’ “is an establishment, usually a strip club or night club (often claiming to offer adult entertainment or bottle service) in which customers are tricked into paying excessive amounts of money, for surprisingly low-grade goods or services - or sometimes, nothing - in return.”  These establishments were rampant during the prohibition years.

However, the inspiration for Clip Joint JNL comes from a more positive source: a WPA (Works Progress Administration) poster advertising ‘The Lure of the National Parks’.

A bold, classic Art Deco design, it typifies the modern and streamlined approach to lettering in the 1930s and 1940s.