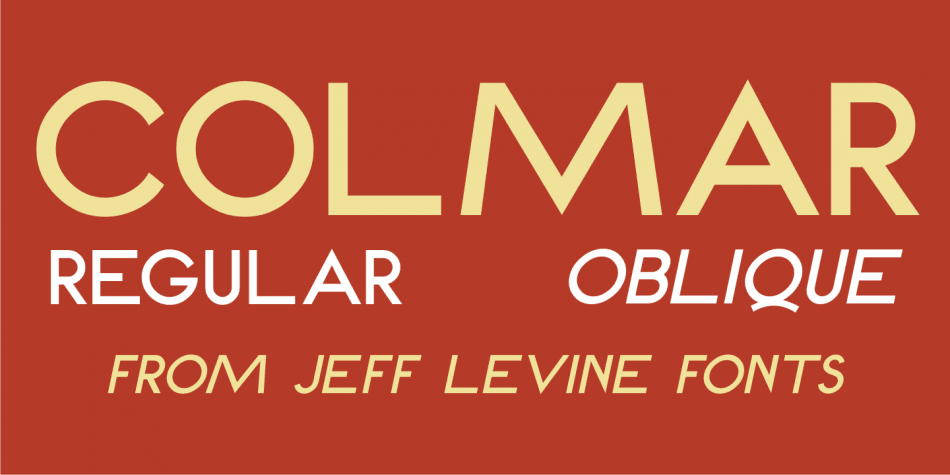 French Art Deco lettering found within the pages of the 1934 publication L’Art du Tracé Rationnel de la Lettre (roughly translated to “The Rational Path Art of the Letter”) have provided a number of designs well-suited for digital revival.

A hand lettered sans with varying character widths was the basis for Colmar JNL, which is available in both regular and oblique versions.

As the source of the lettering design was a French publication, the typeface is named for the city of Colmar, which (according to Wikipedia) is the third-largest commune of the Alsace region in north-eastern France.