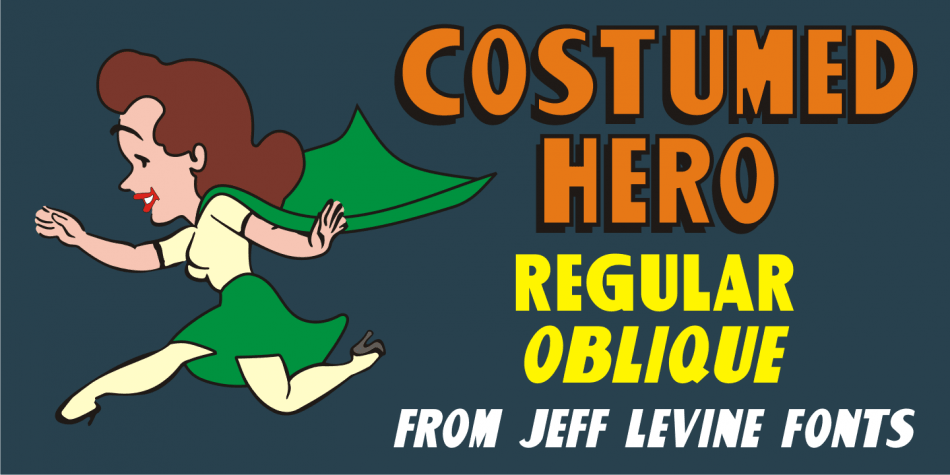 Costumed Hero JNL is a display sans font family. This typeface has two styles and was published by Jeff Levine Fonts.

Comic books are filled with pages full of the daring adventures of crime fighters with colorful costumes, amazing abilities and wondrous powers.  They have enthralled kids of all ages since the 1930s.

Costumed Hero JNL emulates both the hand lettered cover titles of those vintage comics as well as the title credits from a 1960s television show based on one of these characters.

With its non-conforming letter shapes and varying widths, the lighthearted look of classic comic title art can be yours.  The font is available in both regular and oblique versions.