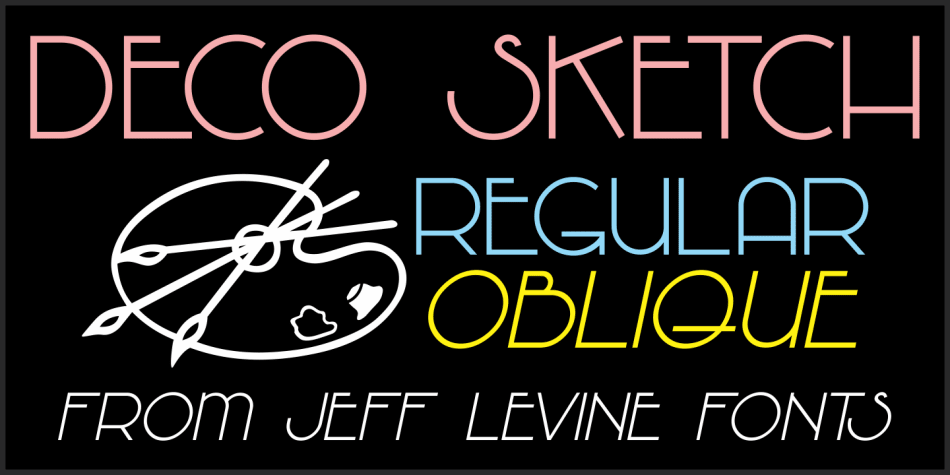 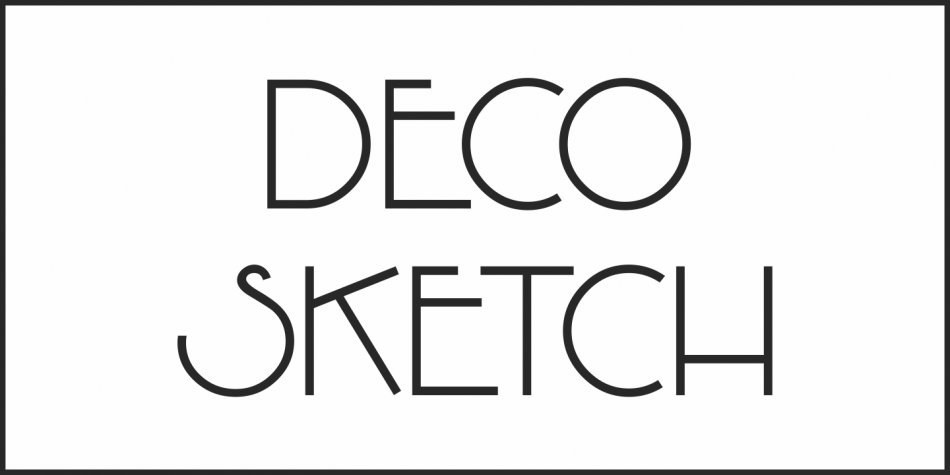 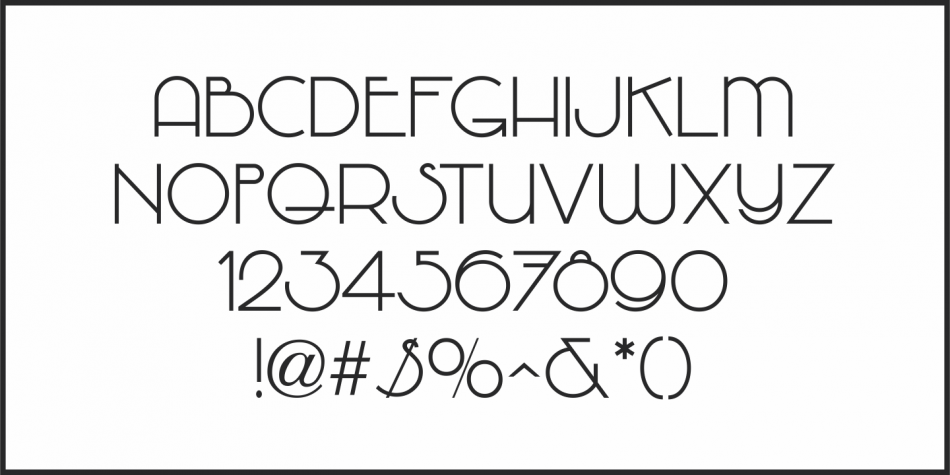 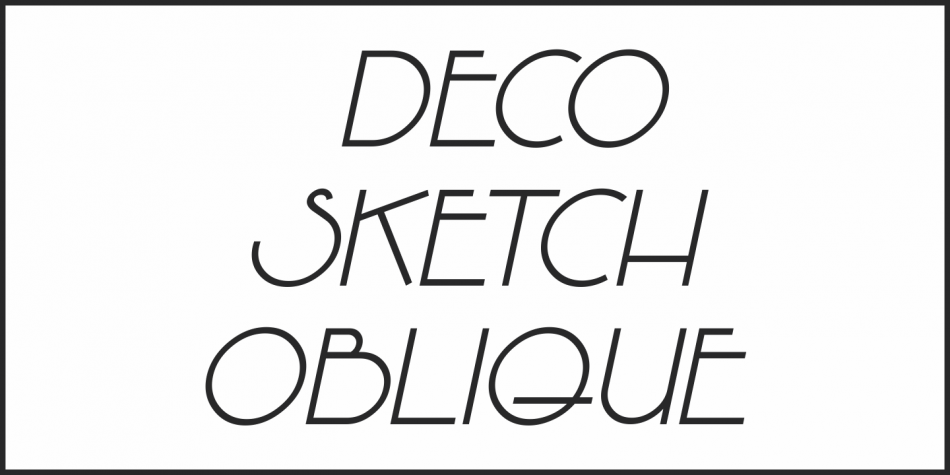 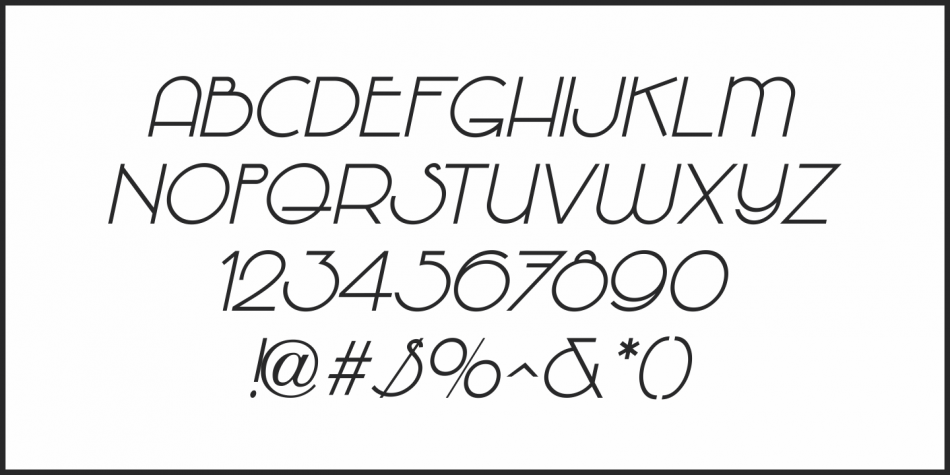 An interesting hand lettered example of Art Deco lettering (minus the letter ‘L’) was spotted on Pinterest and served as the inspiration for Deco Sketch JNL.

Because there was no attribution as to the age or source of the alphabet, it can only be surmised that it was a scan from a 1930s or 1940s source.

The original showed many of the irregularities of pen lettering, and had rounded terminals.  The digital version has been redrawn more uniformly with flat terminals.

Deco Sketch JNL is available in both regular and oblique versions.