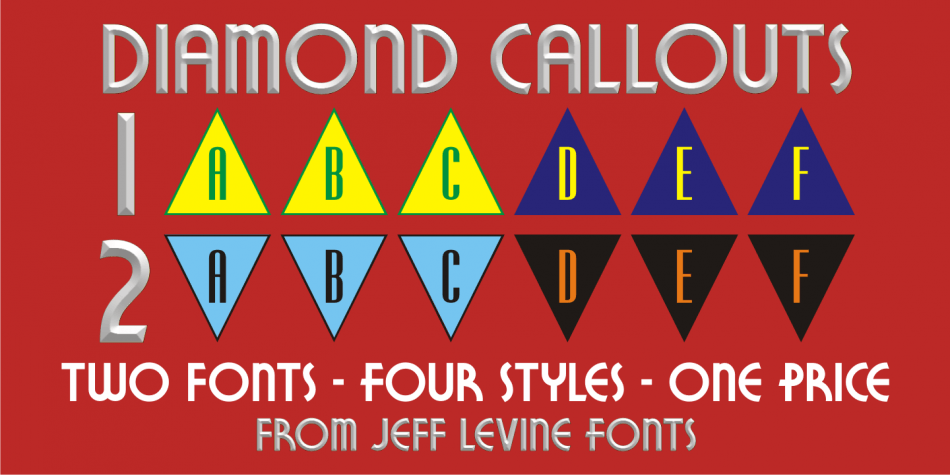 Both fonts contain black-on-white and white-on-black versions, so there are two fonts and four styles for one price.