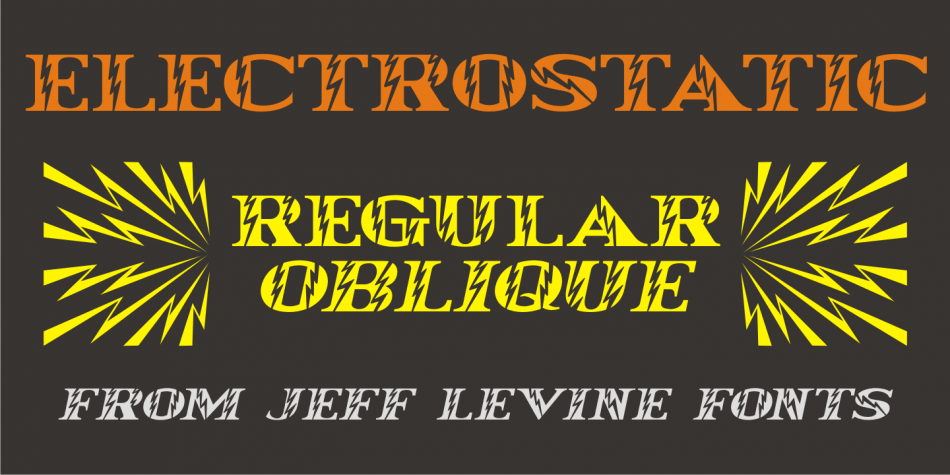 Electrostatic JNL is a display font family. This typeface has two styles and was published by Jeff Levine Fonts.

Electrostatic JNL was inspired by the 1930s lettering for radio station WMCA in New York City.  It was found as part of an ad for the station in a 1932 radio broadcasting trade magazine.  WMCA went on the air Feb. 6, 1925.

According to Wikipedia, the “MCA” call letters stood for the Hotel McAlpin, where the stationís original studio and transmitter were located. “W” is the call sign prefix for all broadcast stations East of the Mississippi River; with the exception of KDKA (Pittsburgh), which was the nationís first commercial radio station.

This bold novelty typeface with lightning bolds intersecting the characters can be used to represent anything from electricity to stormy days; power generators to brute force and so forth.

Electrostatic JNL is available in both regular and oblique versions.