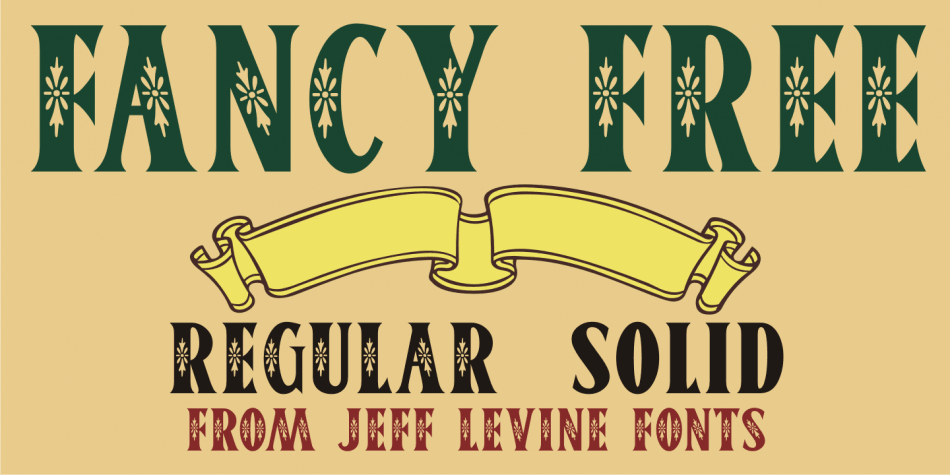 Fancy Free JNL is a display serif font family. This typeface has two styles and was published by Jeff Levine Fonts.

Sometimes a wonderful lettering design comes from a source that is less than desirable.

Up until the late 1920s, it was a popular habit in American songwriting to use African Americans as the topic of compositions using denigrating themes, words and even exaggerated character illustrations on the covers of the published sheet music.

One such example of what was considered “entertainment” for its time was a piece entitled “Little Black Me”.

While this now socially and morally unacceptable piece of forgettable tripe is collected by some only for the historical documentation of the times they reflected, one good “positive” came out of this negative chapter of our country’s musical heritage:

Originally hand-lettered on an arc, these spurred Roman letters have been re-drawn, and are offered in both the regular design and a companion version with the ornamentation removed for lettering that is less ornate.