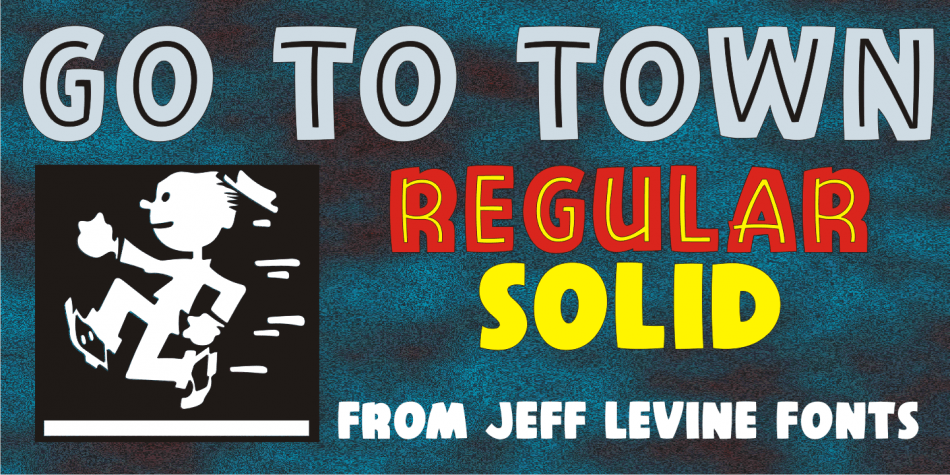 Go To Town JNL is a display sans font family. This typeface has two styles and was published by Jeff Levine Fonts.

Vintage sheet music for a song from the 1941 animated feature “Mr. Bug Goes to Town” featured a casual, hand-lettered inline type style on its cover page.

Recreated as the digital font Go to Town JNL, this design is presented in all the imperfect glory of pen and ink lettering.  Go to Town JNL is available in the regular inline version as well as a solid version.

A bit about the cartoon:

The project was created by the legendary Fleischer Studios in Miami, Florida (they had relocated from New York City), after they could not obtain the rights to adapt Maurice Maeterlinck’s “The Life of the Bee”.

Beset by the expenses of relocating to Florida, growing production costs on the full-length feature cartoon and other problems; mid-way through the making of “Mr. Bug Goes to Town” the Fleischer brothers were forced to sell their studio to their distributor (Paramount Pictures) in order to continue in operation.

It was released on Dec. 5, 1941 – just two days before the Japanese attack on Pearl Harbor.