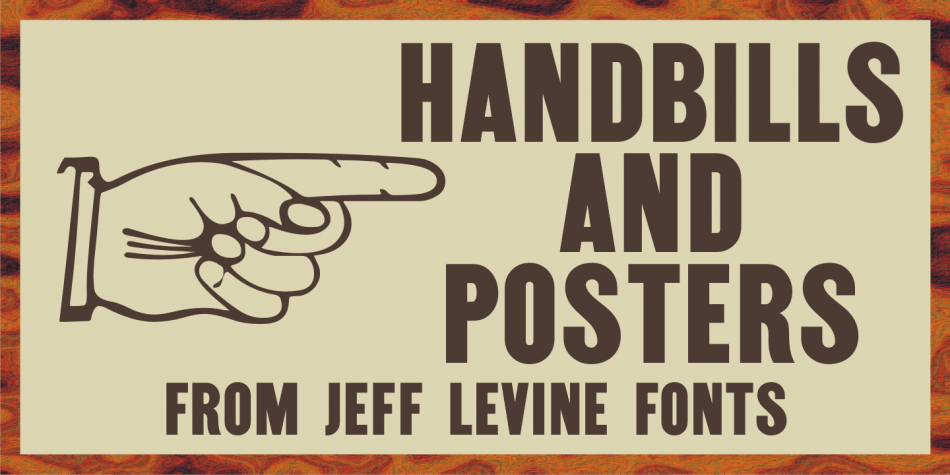 At first glance, Handbills and Posters JNL bears a strong resemblance to Classroom JNL.  True, they both share the visual qualities that are based on Franklin Bold Condensed, but this is where the similarity ends.

Handbills and Posters JNL is a refined re-draw of the classic design, based largely on vintage typographic examples.  There are also some character variances.  Classroom JNL is a rougher alphabet with varying curves and lines, and resembles such letters traced and cut out of construction paper for a bulletin board display at school.