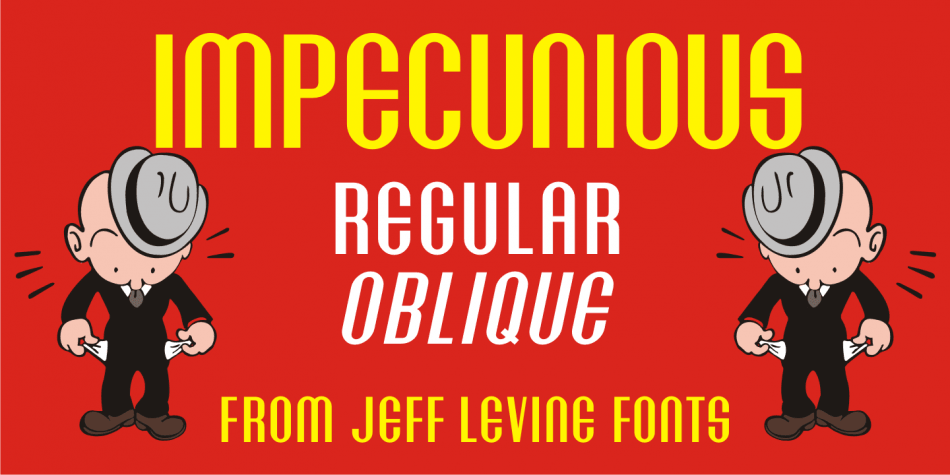 The type design for Impecunious JNL comes from the 1939 sheet music for “You Don’t Know How Much You Can Suffer (Until You Fall in Love)”.

The name comes from another piece of sheet music, 1899’s “Impecunious Davis” [a piece of late 19th-century tripe demeaning Black Americans].  However, the word ‘impecunious’ was intriguing.

According to the website Merriam-Webster.com, the simple definition of impecunious means ‘having little or no money’.  Since we’ve all been in that spot at one time or another, it became a perfect font name.

Impecunious JNL is available in both regular and oblique versions.