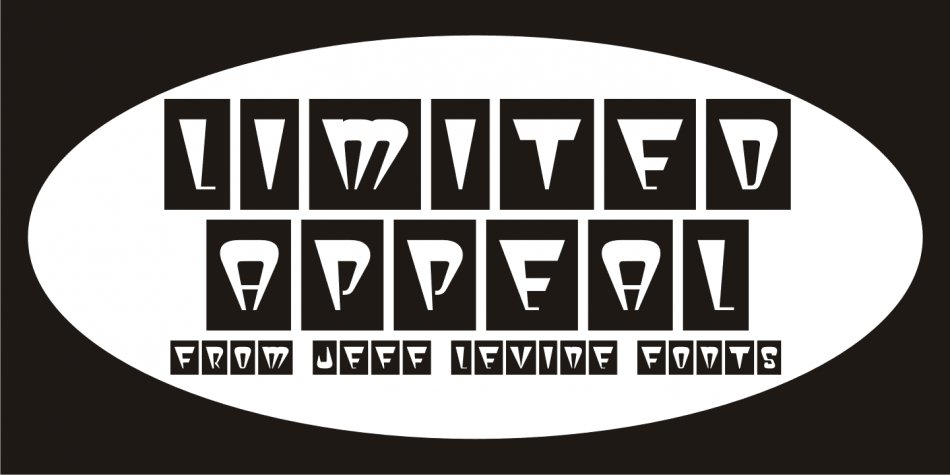 The cover of a 1950s-era catalog for the Freedman Novelty Company (of San Francisco California) had the word ‘Novelty’ hand-lettered in an unusually angular type style against various geometric shapes somewhat resembling balloons.

While the lettering was quirky enough to warrant re-drawing as a digital font, the shapes would have presented a visual nightmare in design and spacing, so simple black rectangles were substituted and the letters appear in white.

Since novelty lettering of this type would never become “standard” in use, its function became the font’s name, Limited Appeal JNL.

There is just a simple A-Z and 1-0 character set along with basic punctuation.