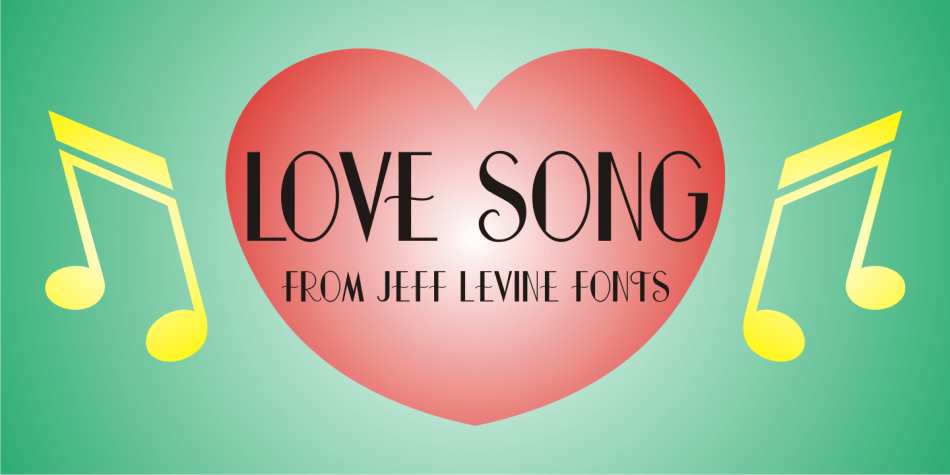 Love songs are the perennials of music, outlasting all other popular fads and styles that come and go.  The 1920s through the 1940s is considered by some to be the Golden Age of the American love song.

Thousands upon thousands of copies of popular sheet music sold, and the cover lettering and art on many titles were from some of the finest illustrators of their time.

Love Song JNL recreates the Art Deco-flavored design found on one such piece of sheet music from the 1930s.