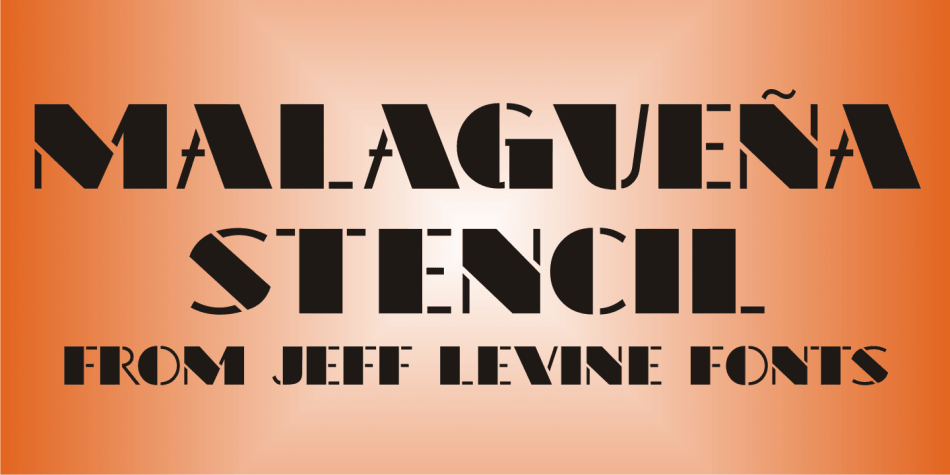 Malagueña Stencil JNL was derived from hand lettering found on an Art Deco-era piece of vintage sheet music for this familiar tune.

According to Wikipedia:
“Malagueña is the feminine form of the Spanish language adjective malagueño/malagueña, (pertaining to Málaga), a Spanish port city.”

Additionally:
Malagueña, is a song by Cuban composer Ernesto Lecuona; written in 1928 it was originally the sixth movement of Lecuona’s Suite Andalucia, to which he added lyrics in Spanish. The song has since become a popular, jazz, marching band, and drum corps standard and has been provided with lyrics in several languages.