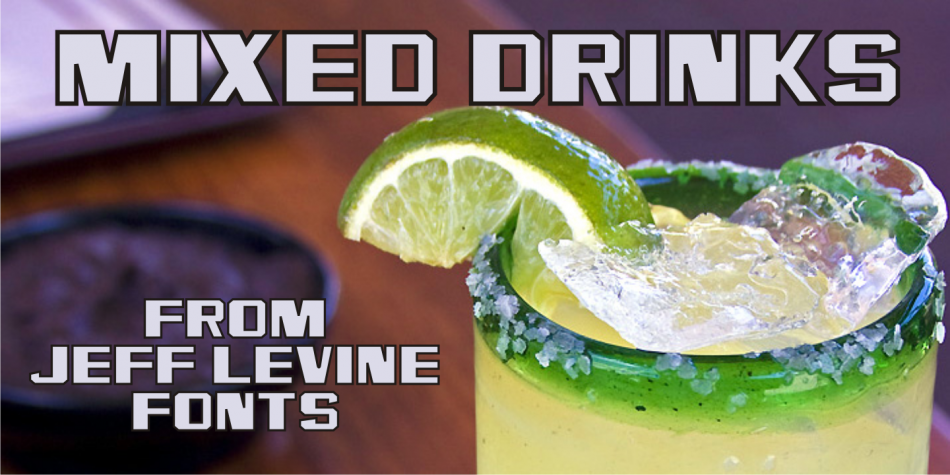 Mixed Drinks JNL derives its look from a set of gold foil self-adhesive letters made by a company called Cameo for the Schenley distilling company circa the late 1950s or early 1960s.

The letters were used to personalize bottles of whiskey for your own bar or to give as a unique gift.