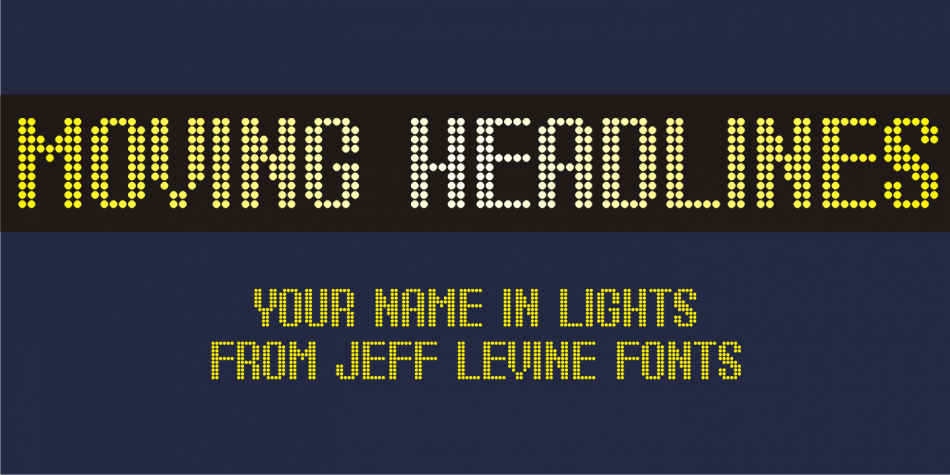 For decades, visitors to Times Square could look up and read the up-to-the-minute news flashes that moved across a giant electric sign on the face of the old New York Times Building (now known simply as One Times Square).

According to Wikipedia’s article on OneTimes Square:

“On November 6, 1928, an electronic news ticker known as the Motograph News Bulletin (colloquially known as the “zipper”) was introduced near the base of the building. The zipper originally consisted of 14,800 light bulbs and a chain conveyor system; individual letter elements (a form of movable type) were loaded into frames to spell out news headlines. As the frames moved along the conveyor, the letters themselves triggered electrical contacts which lit the external bulbs (the zipper has since been upgraded to use modern LED technology).”

An example of this was seen in the 1933 Warner Bothers film “Picture Snatcher” starring James Cagney.  This example inspired Moving Headlines JNL.