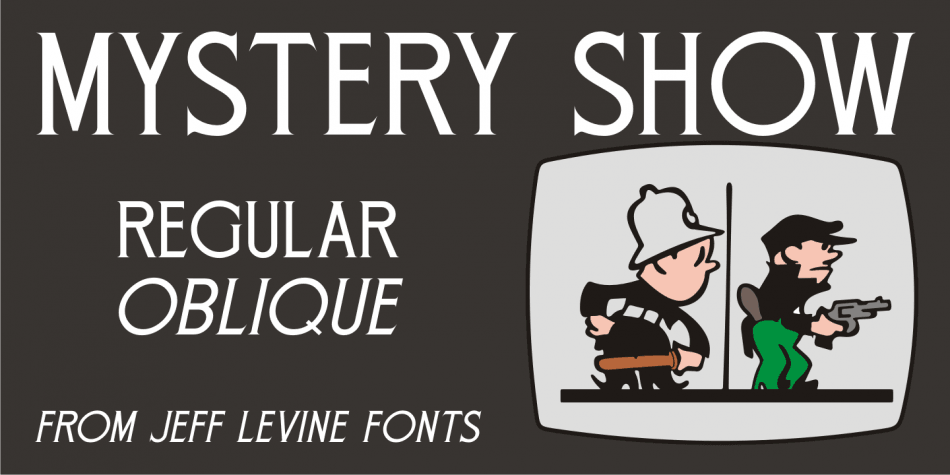 Mystery Show JNL is a display serif font family. This typeface has two styles and was published by Jeff Levine Fonts.

The design emulates characteristics found in Frederic W. Goudy’s Copperplate Gothic [a sans serif of equal stroke weights with tiny spurs added], but is considered a serif font by the addition of the spurs.

Mystery Show JNL is available in both regular and oblique versions.