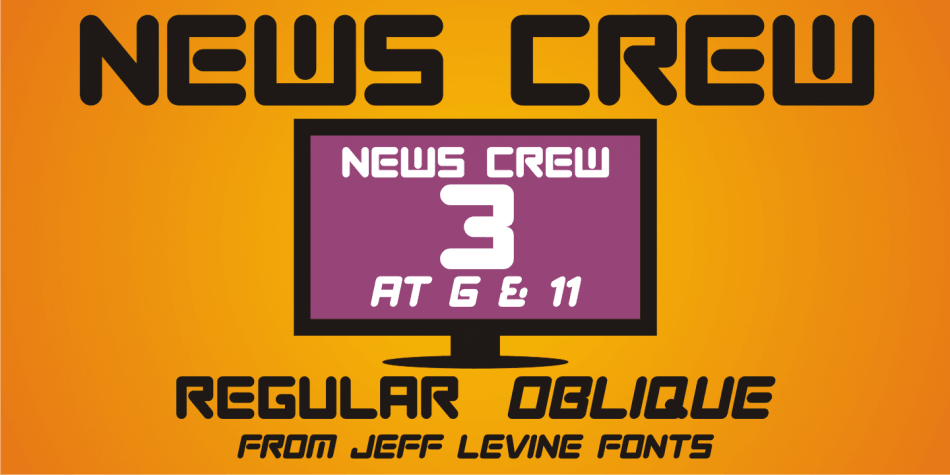 News Crew JNL is a display sans font family. This typeface has two styles and was published by Jeff Levine Fonts.

It seems that after the 1960s, very few display typefaces were being produced that had the desirability to transcend generations, as did many type designs of the past.

In 1970, a local television station embraced a lettering style for its logo that was a cross between round point pen nib lettering and the modular, techno look complete with squared characters in a futuristic “space age” style.

News Crew JNL was inspired by the few examples found of this particular font [in use by the station at the time] and was pretty much created from scratch in order to capture the 1970s era of experimental typography.  It is available in both regular and oblique versions.