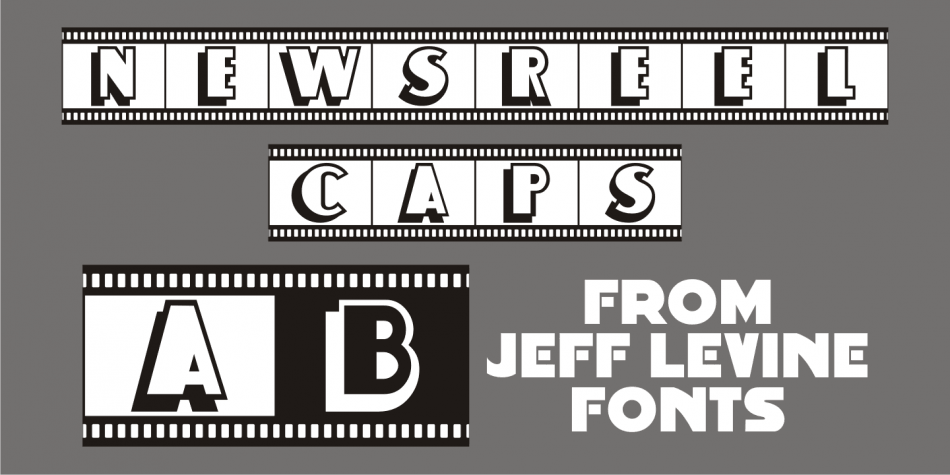 Newsreel Caps JNL is a novelty caps-only outline letter with cast shadow set inside film frames.  Although the design idea itself is not new, this version is based on lettering from a vintage piece of sheet music for a song featured in the movie “Fox Movietone Follies”.

Use this font for individual initials, set the characters loose for effect or set them tight (as provided) for a continuous film strip.