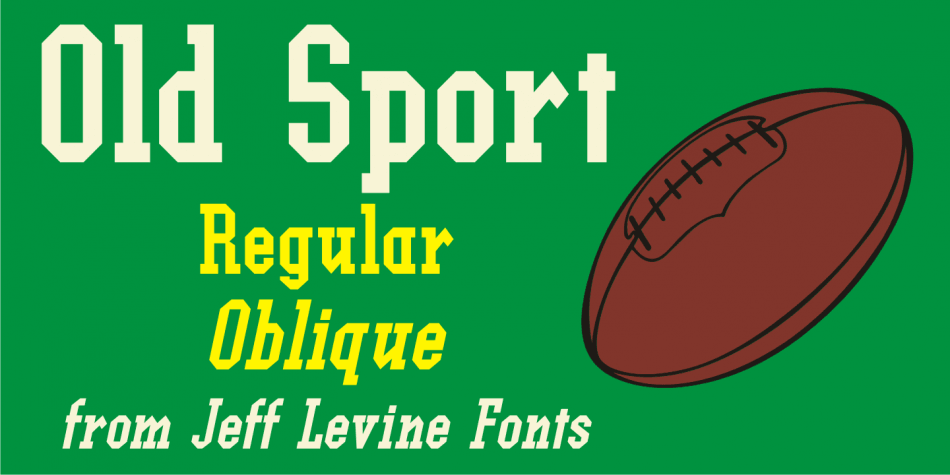 A two font family. This contains every font in the Old Sport JNL Family.

The 1930s era French textbook on lettering “100 Alphabets Publicitaires dessines par M. Moullet” featured a hand lettered chamfered alphabet with slab serifs reminiscent of sports lettering.  Although intended for advertising and signage inspiration, only a partial lower case was illustrated along with the capitals and no numbers or other characters existed.  These had to be created from scratch.

The finished result is not only a bit of classic lettering from the past, but the font also doubles as a typeface with a sports look and feel.

A traditional (rather than stylized) M and N are located on the solid bar key and the broken bar key respectively.

Old Sport JNL is available in both regular and oblique versions.