On The Town JNL 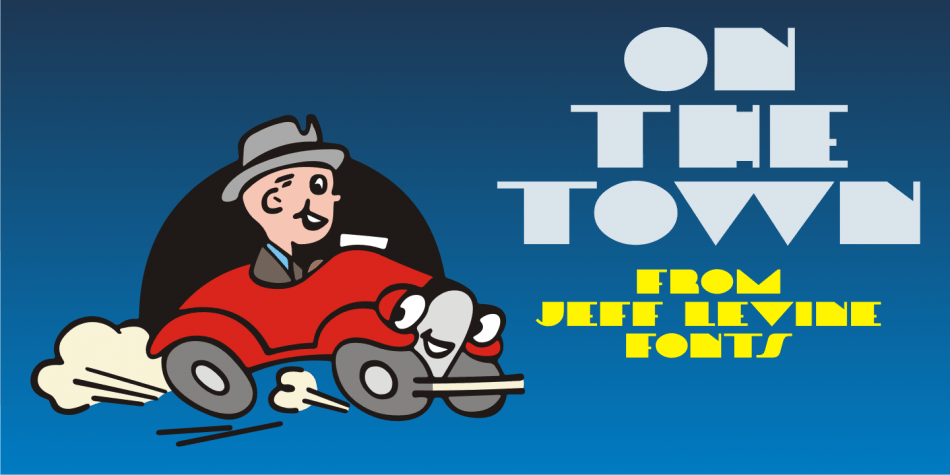 On The Town JNL is a novelty and art deco font published by Jeff Levine Fonts.

On The Town JNL Regular

On the Town JNL is a reworking of Parks Department JNL, giving it a classic ‘solid black Art Deco treatment’.

The wide monoline font of the original design was inspired by hand lettering on a WPA (Works Progress Administration) poster.

Art Deco typography and the streamlined style it embraced often conjures up images of New York City in the 1930s and 1940s, thus On the Town JNL is named for the classic MGM musical starry Gene Kelly, Frank Sinatra and Jules Munchen that was filmed on location in ‘the city that never sleeps’.