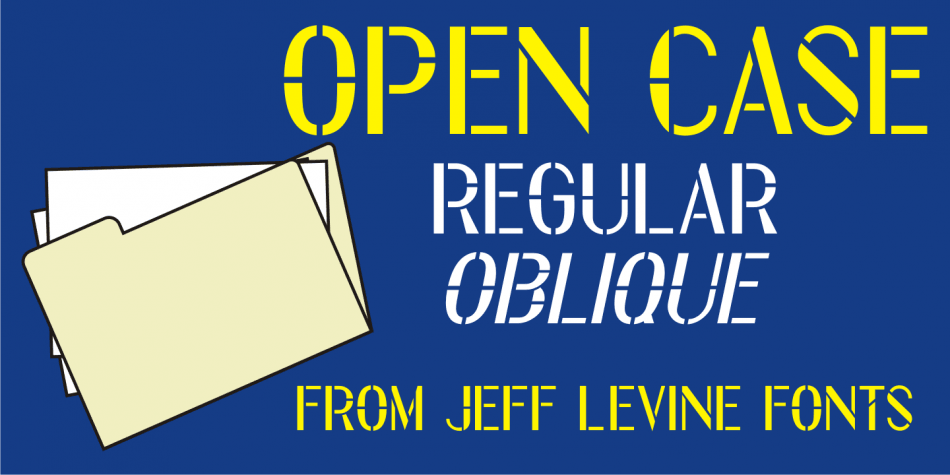 Open Case JNL is a stencil font family. This typeface has two styles and was published by Jeff Levine Fonts.

Open Case JNL is the distant cousin to the 2009 release by Jeff Levine Fonts called Cold Case JNL, as both were based on sets of lettering stencils designed and manufactured by the Huntington Oil Cured Stencil Company (originally of Huntington, New York and later of Delray Beach, Florida).

While sharing similar design traits, there are enough differences to have both type designs work well together in a complimentary setting.

Open Case JNL is available in regular and oblique styles.