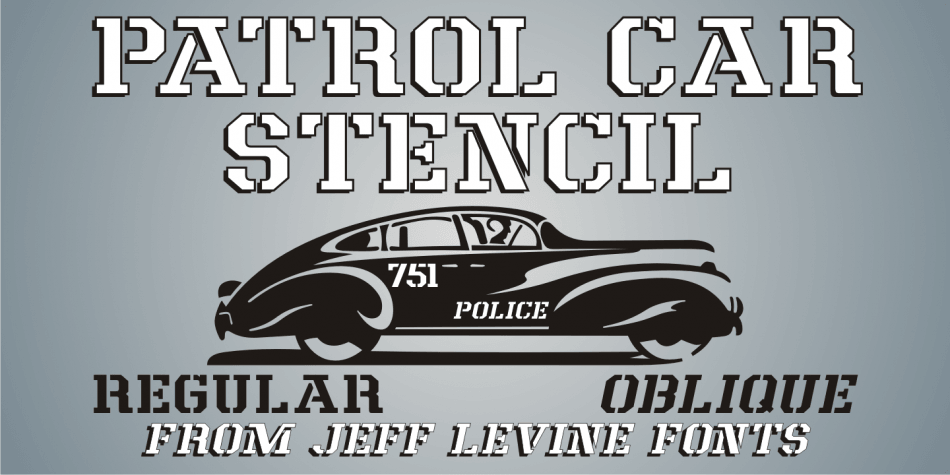 Comic books based on popular characters have been around pretty much since the advent of comic books themselves.

An edition of the “Car 54 Where Are You?” series published by Dell (and based on the hit TV show created by Nat Hiken) displayed ‘Car 54’ in a bold hand lettered stencil design on the cover.

These few characters became the inspiration for Patrol Car Stencil JNL, which is available in both regular and oblique versions.