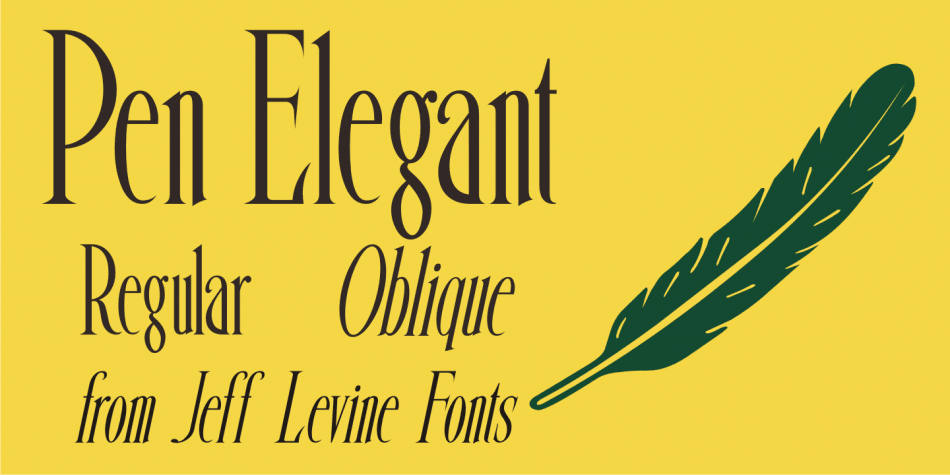 Pen Elegant JNL is a display serif font family. This typeface has two styles and was published by Jeff Levine Fonts.

A 1918 lettering instruction book by William Hugh Gordon presented a number of lettering styles that were geared toward sign and show card painters along with tips and tricks regarding the correct construction of such signs for maximum effect.

One pen lettered Roman alphabet with a beautiful set of numerals has been recreated digitally as Pen Elegant JNL, which is available in both regular and oblique versions.

To note, Gordon was the co-inventor of the Speedball lettering pen with Ross F. George in 1915.