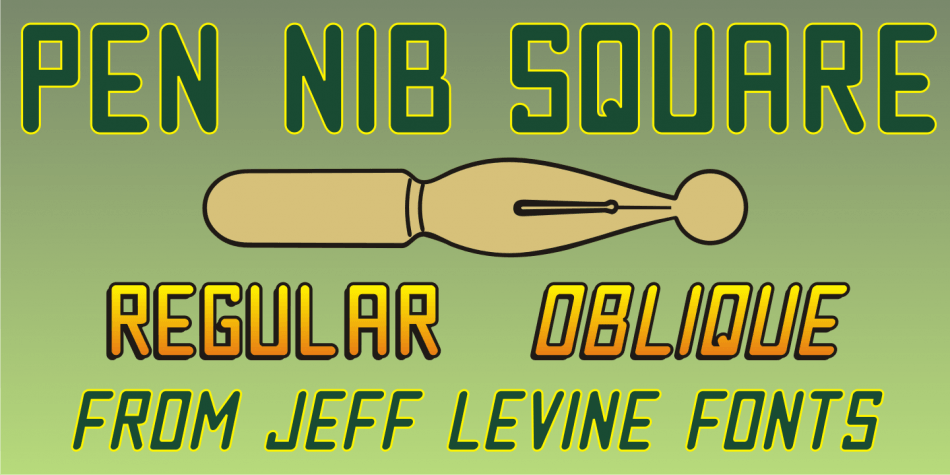 A two font family. This contains every font in the Pen Nib Square JNL Family.

The idea started with the 1934 sheet music of “Mazurka Amabile”.  Its hand drawn title had most of the letters rendered in a rectangular shape [‘square’ in the sign trade] that featured rounded corners and terminals made by the shape of the lettering pen nib.

A few letters were rounder in design than others, so those were scrapped in favor of a more consistent character shape throughout the font.

Pen Nib Square JNL is available in both regular and oblique versions.