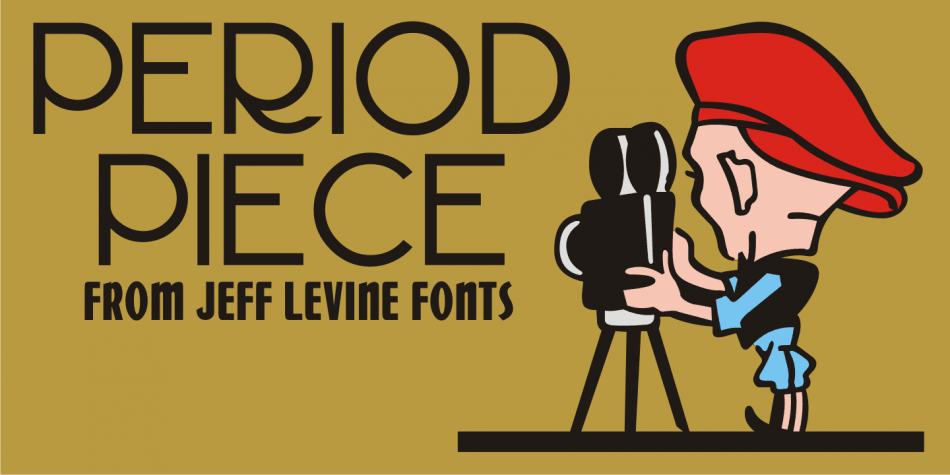 A period piece is something of or pertaining to a specific era or time.  Anything evoking a knowledge or feeling of an era can be labeled as such.

Although strongly akin to the coming Art Deco movement in its lettering style, Period Piece JNL still contains a strong influence of the Art Nouveau era of the 1900s through the 1920s.