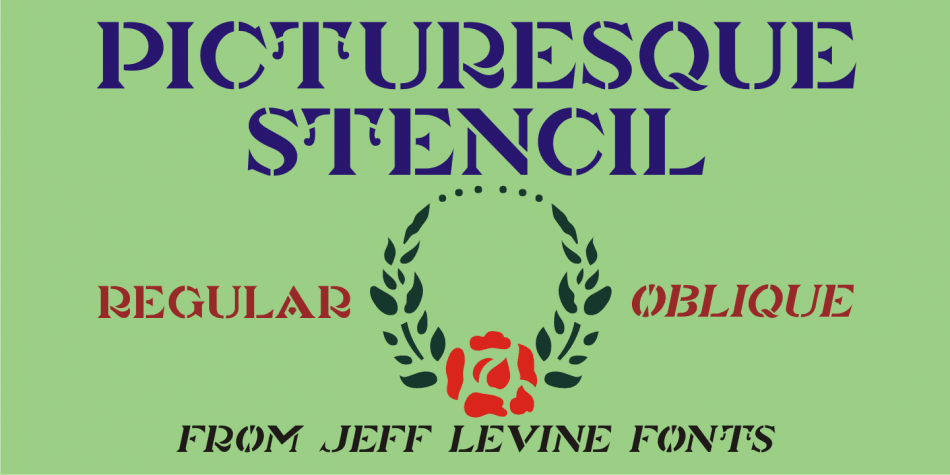 Picturesque Stencil JNL gets its name and design from the title of a circa-1920s children’s stencil activity book entitled “Dean’s Picturesque Stencil Book No. 10 - Series 75”; published by the F. Weber Company of Philadelphia and printed in England by Dean.

The book’s stenciled title was hand lettered in a bold Roman design in the Art Nouveau style.

Picturesque Stencil JNL is available in both regular and oblique versions.