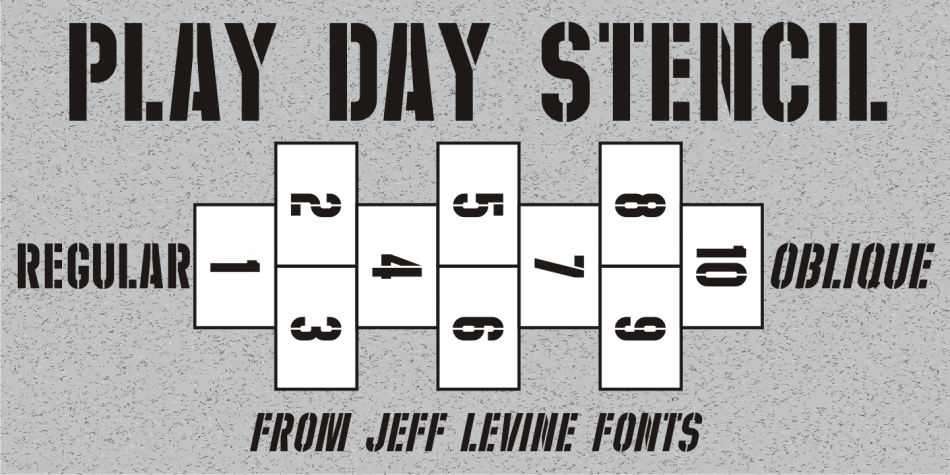 The typography on a 1964 children’s activity book published by Whitman entitled “Build with Stencils” was in a bold, condensed design.  The only problem was that the ‘rails’ [the parts that divide a letter into stencil pieces] were too narrow and would disappear at smaller point sizes. Widening the ‘rails’ just a bit greatly improved the appearance of the stencil characters.

Play Day Stencil JNL is now available in both regular and oblique versions.

In its day, the Whitman Publishing Company of Racine, Wisconsin published dozens of activity books for children, including a number of them with stencils.  The company was a division of Western Publishers from the early 1900s through the 1970s, but went through a number of sales and name changes.

Currently [as Whitman once again] it is owned by Anderson Press, and is known for its line of coin folders and books on coin collecting.