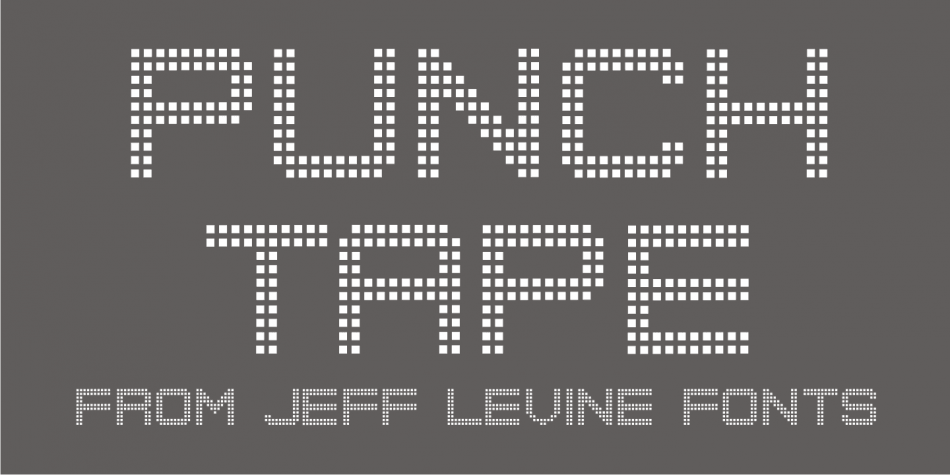 Punch Tape JNL emulates the old-style pin-punched paper tapes that were used in everything from ticker tapes to moving electronic signage to early digital typesetting equipment.

Pin punch characters were also used in the early days of banking as a secure way of canceling a check so that it was rendered useless if re-submitted.

In this version, the ëdotsí are square rather than round.