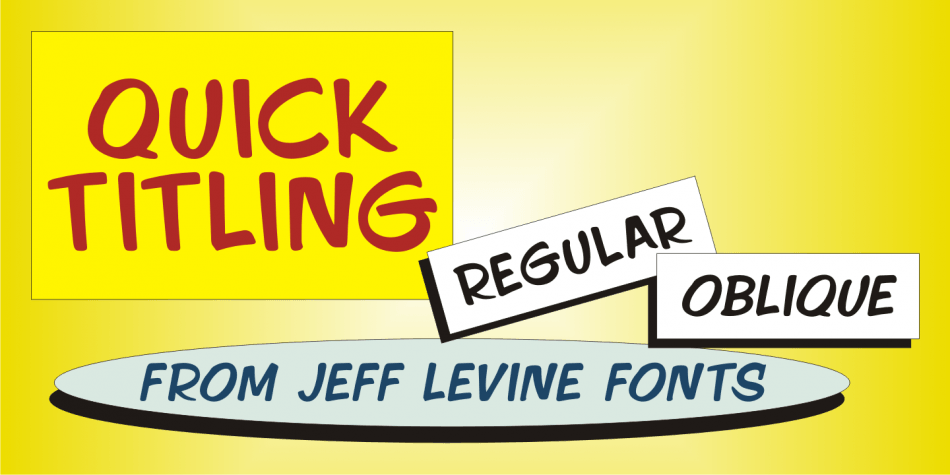 An ad spotted in a 1960 issue of Billboard magazine promoting a 45 rpm release by Randy Lee doing the old song “Did You Ever See A Dream Walking?” featured the song title in a casual, brush lettered style.

While the ad made a perfect model for a digital font design, the record itself tanked.

Quick Titling JNL is available in both regular and oblique versions.