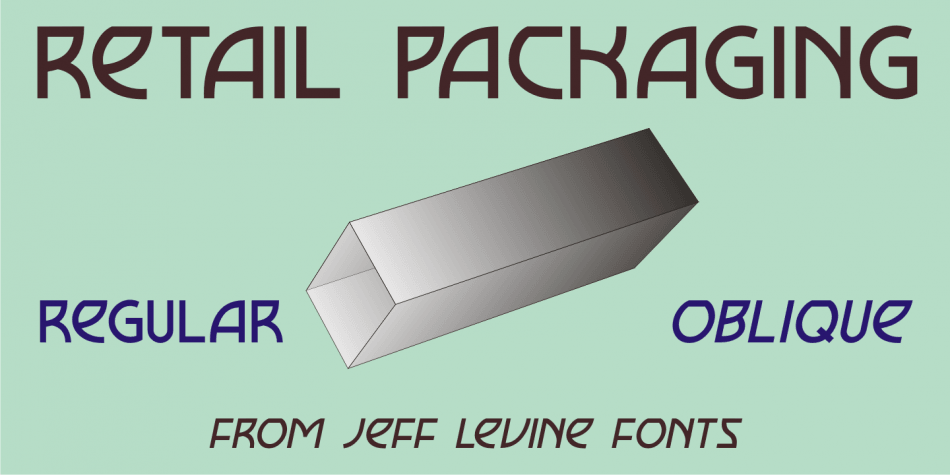 The retail storage box for a vintage metal numbering stamp manufactured by the American Numbering Machine Company had its brand name hand lettered in an Art Nouveau style that most likely went back to the 1920s, as the company was in existence from 1908 to around 1971.

Numbering machines were used in offices, schools, libraries, and anywhere a series of numbers needed to be marked onto printed items.  Similar to what was called a ‘crash numberer’ used in letterpress shops, the machines could be set to do a run of digits [for example: 4000, 4001, 4002] or repeat numbers for forms used as carbon copies.

As computers took over most forms of printing, the use of numbering machines dwindled, but they are still available.

The American Numbering Machine Company was one of several Brooklyn, New York companies that specialized in the manufacture of these machines.

Retail Packaging JNL replicates the lettering from their packaging, and is available in both regular and oblique versions.