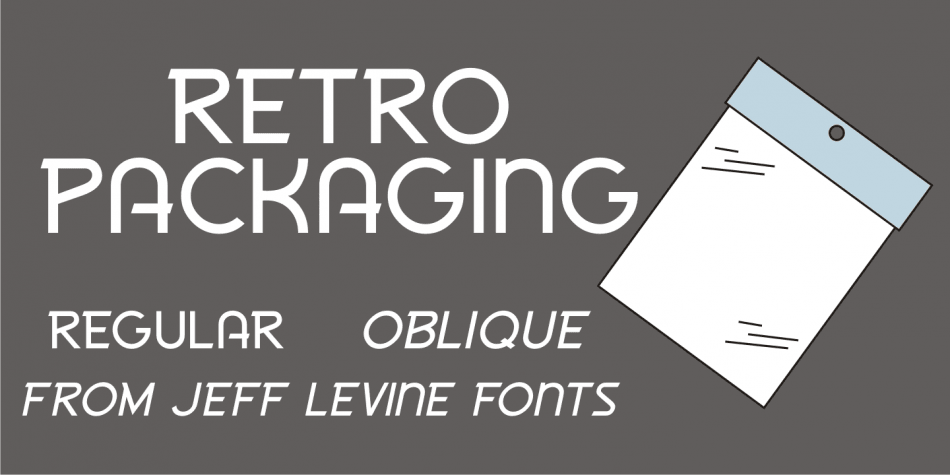 Retro Packaging JNL is a display sans and art deco font family. This typeface has two styles and was published by Jeff Levine Fonts.

A vintage rubber stamp alphabet and star printing set had a package header with Art Deco-inspired lettering describing the product.

Sold by a company called Elvin [circa late 50’s-early 1960s], these Japanese-made sets were one of many distributed by independent toy importers and made in various configurations including [at times] tiny animal stamps.

The type design on this particular item was the model for Retro Packaging JNL, available in both regular and oblique versions.