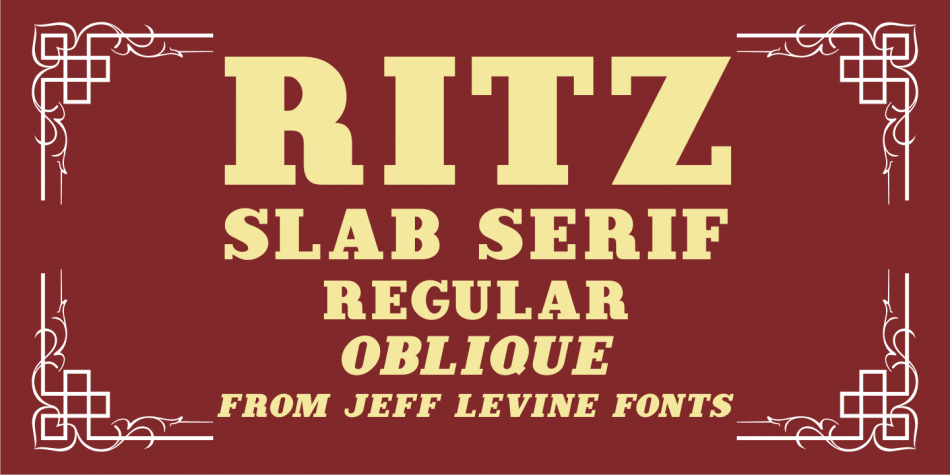 Ritz Slab Serif JNL is a bold display face which shares a lot of similar design traits to Stymie and other similar metal type of the 1930s and 1940s, but in actuality was modeled from only four letters.

On the sheet music for the 1937 song “Sweet Varsity Sue” [from the 20th Century Fox Film “Life Begins in College”], there is a picture of the Ritz Brothers – a popular comedy team from 1925 through the late 1960s.

The hand lettered name “Ritz” became the basis for Ritz Slab Serif JNL, which is available in both regular and oblique versions.