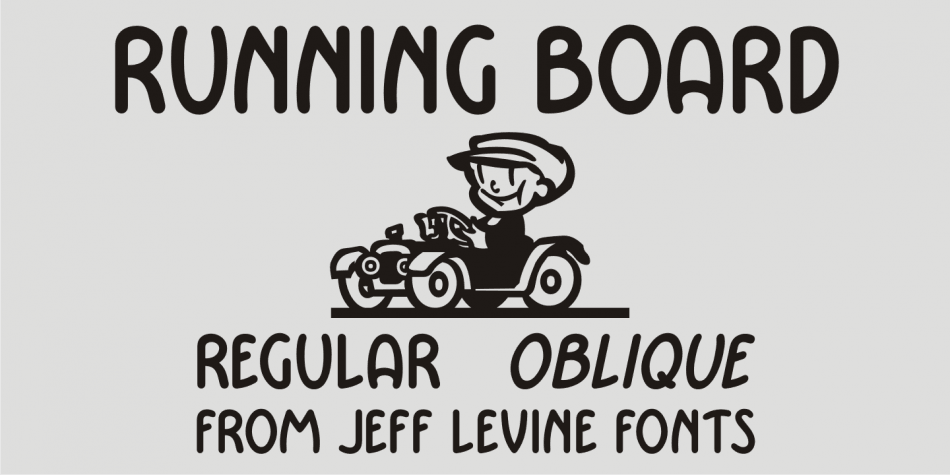 Running Board JNL is a art nouveau font family. This typeface has two styles and was published by Jeff Levine Fonts.

During the early years of the 20th Century, America’s fascination with automobiles was just beginning.

The cover for a 1916 piece of sheet music for the comedy song “On the Old Back Seat of the Henry Ford” had the title hand lettered by a round nib pen in an Art Nouveau style.

This is now available digitally as Running Board JNL.