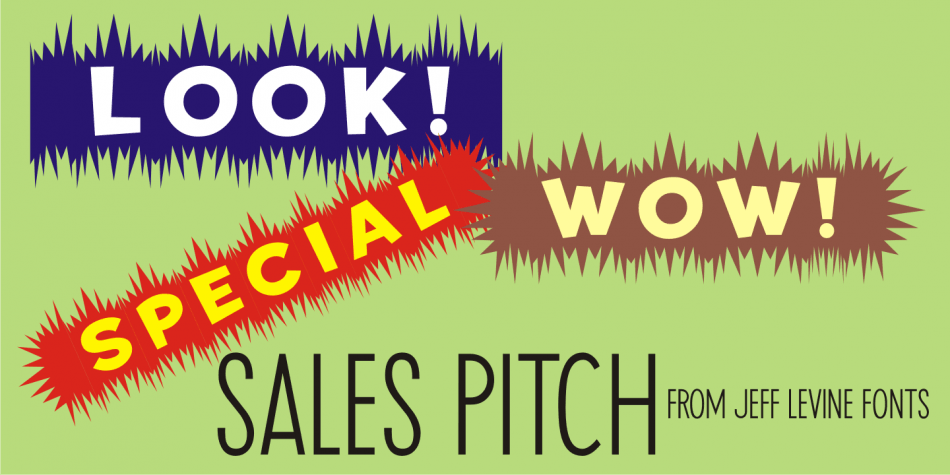 Have you ever wanted to set a headline within a burst, but found the drawing of all of those angles was a bit too tedious?  Sales Pitch JNL solves that problem by setting letters, numbers and punctuation inside individual sections which, when typed out, generates an extended burst pattern.

Keep in mind the optical illusion in some program that shows line gaps between characters on the screen.  All characters have “zero” sidebar settings, and are flush with each other.

Sales Pitch JNL contains the basic A-Z and 0-9 characters as well as numerous punctuation.  For a companion font with a more complete character set, use Prankster JNL, the same type design, but without the burst pattern.