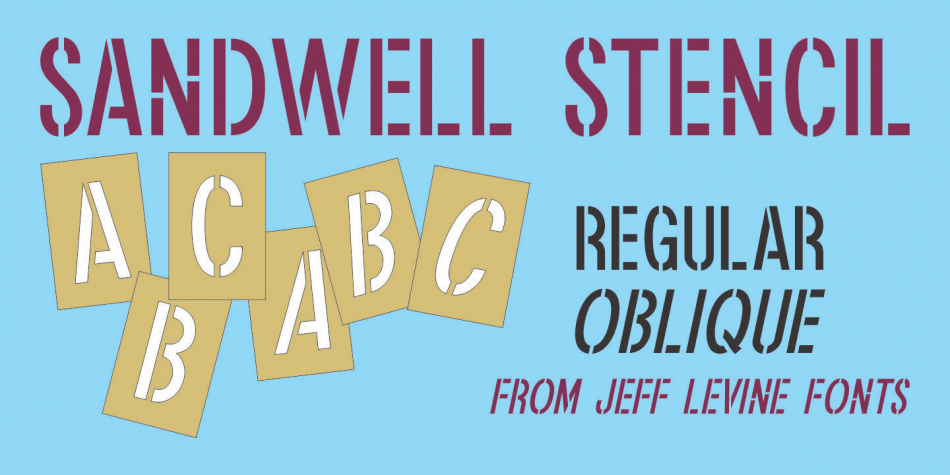 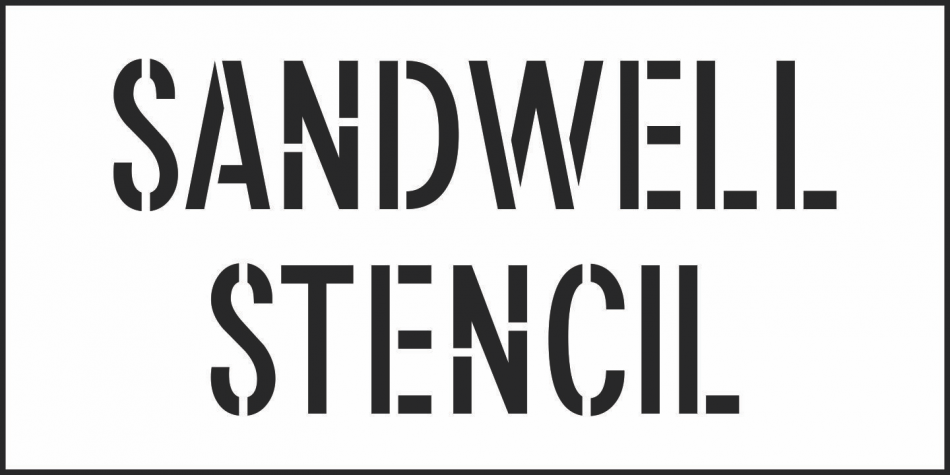 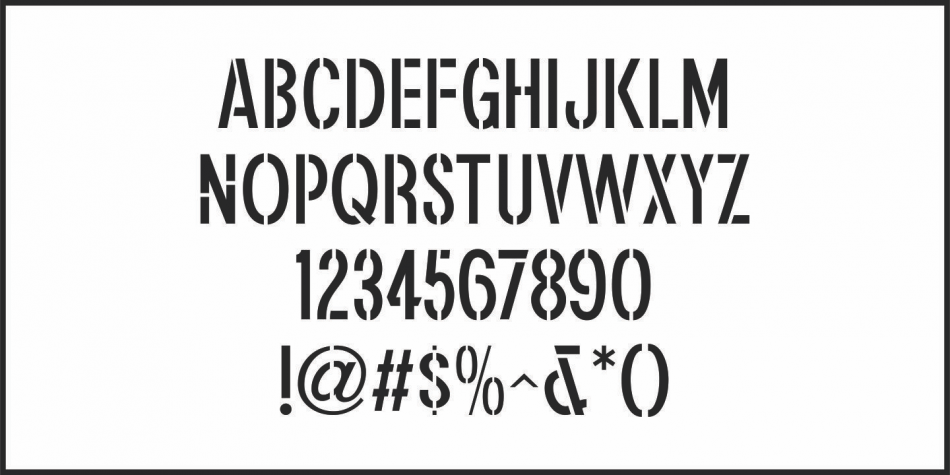 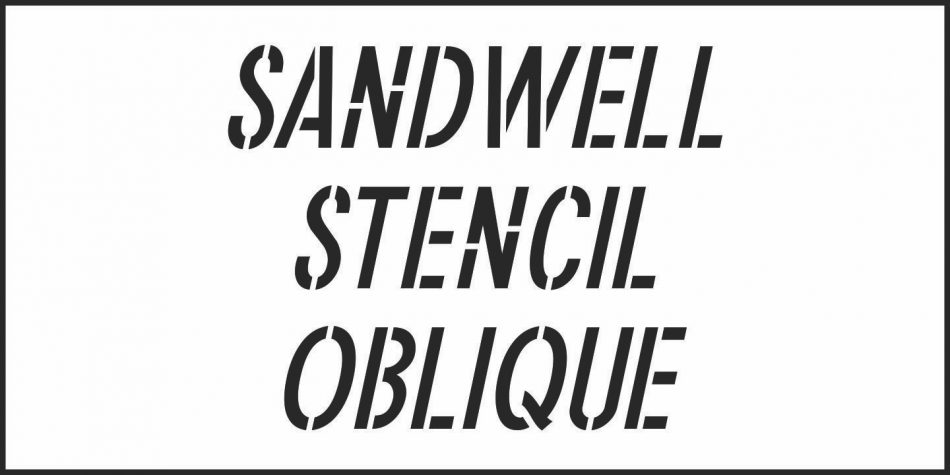 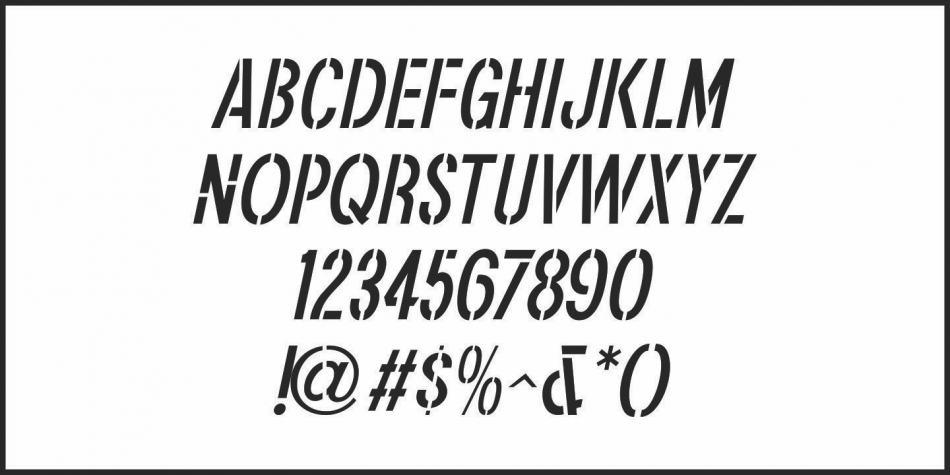 A vintage British lettering stencil was the inspiration for Sandwell Stencil JNL, which is available in both regular and oblique versions.

This pleasant and condensed stencil font was originally a semi-stencil – many of the characters were made as solid letters ,while the others had a traditional stencil treatment.  For the digital version, the stencil treatment was applied to previously solid characters to create a consistency in the overall design.