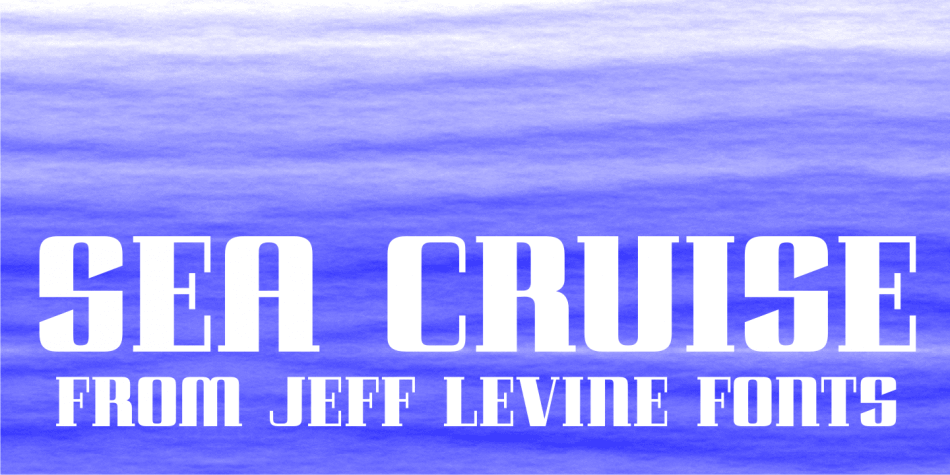 Years before the ‘Jet Age’, and way before computers and satellite television turned us into jaded ‘armchair travelers’, the ocean voyage aboard giant steamships to distant ports of call beckoned many to travel the Seven Seas.

Far away lands had a magic and mysticism to them, for few Americans knew anything about those places unless they read about them in books or saw travelogs at their local theaters.

Many songs were written with themes of romantic South Seas travel, and one vintage piece in particular entitled “Down Where the Trade Winds Blow” offered up the hand lettering which served as a model for Sea Cruise JNL.