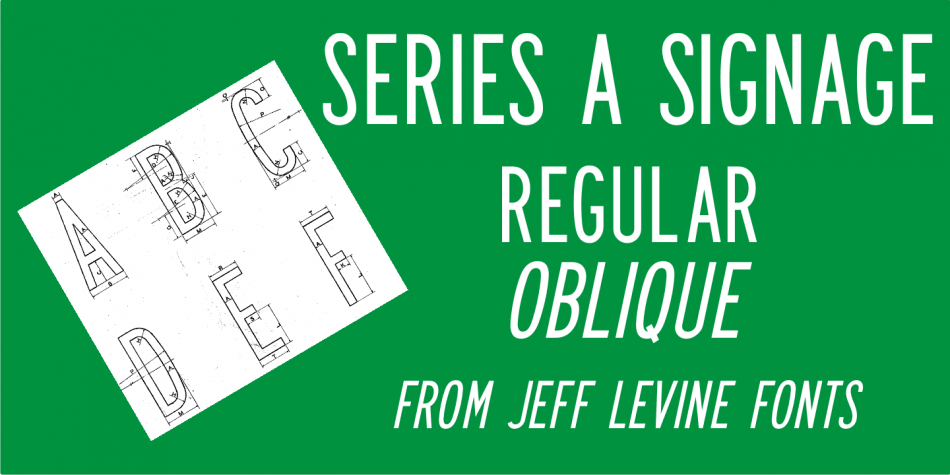 The basis for Series A Signage JNL is Highway Gothic; a type style design formally known as the FHWA Series.  The font was developed by the United States Federal Highway Administration, and originally consisted of only capital letters and figures.

Each Letter designation represented a character width from ‘A’ (condensed) to ‘F’ (wide).  Due to poor visibility at high speeds, Series ‘A’ was discontinued.

At one point lower case characters were added to the various widths of the design, but this typeface revival is based on the original guidelines specified in the 1948 (reprinted 1952) book “Standard Alphabets for Highway Signs” [this was the original name for the FHWA series fonts preceding the eventual name change to Highway Gothic].

Unlike the original, Series A Signage JNL is available in both regular and oblique versions.