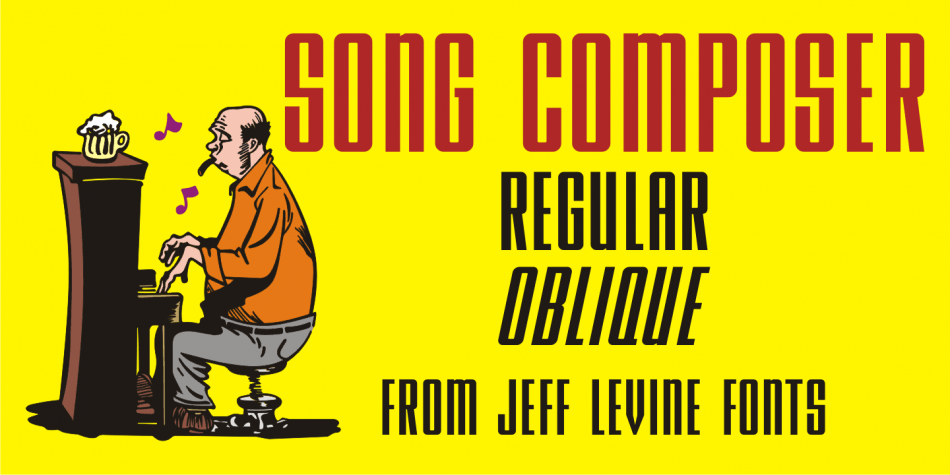 The sheet music for the 1939 tune “Chico’s Love Song (Ma-La-Ja Fa-La Pas-Ka Lah-Ta) [Cuban Double Talk]” may have had an odd title, but the main portion of it was hand lettered in an interesting style.

Condensed letters with rounded corners complemented by sharp lines and angles give the characters an almost futuristic look, despite the fact that they were designed during the Art Deco era.  This became the basis for Song Composer JNL, which is available in both regular and oblique versions.