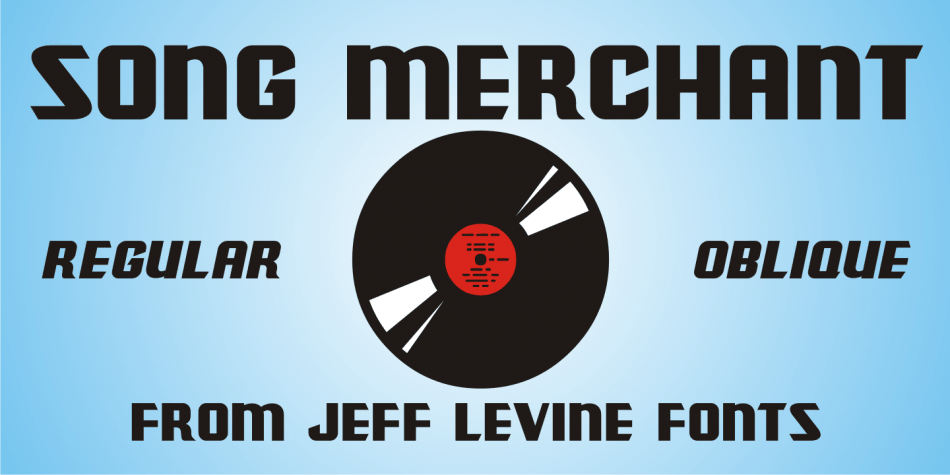 Song Merchant JNL is a display sans font family. This typeface has two styles and was published by Jeff Levine Fonts.

Although the early 1900s through the 1920s seemed to be the “Golden Age” of ridiculously long novelty song titles, it appears that even the decade of the 1940s had its fair share as well.

Song Merchant JNL was modeled from the hand lettered [but exhausting] title of the sheet music for “Princess Poo-Poo-Ly Has Plenty Pa-Pa-Ya (and she Loves to Give it Away)”.

Despite the obvious double-entendre inferences of the title, the square block letters with rounded corners make for a useful headline font (even if the source material it was drawn from is quite forgettable).

Available in regular and oblique versions.