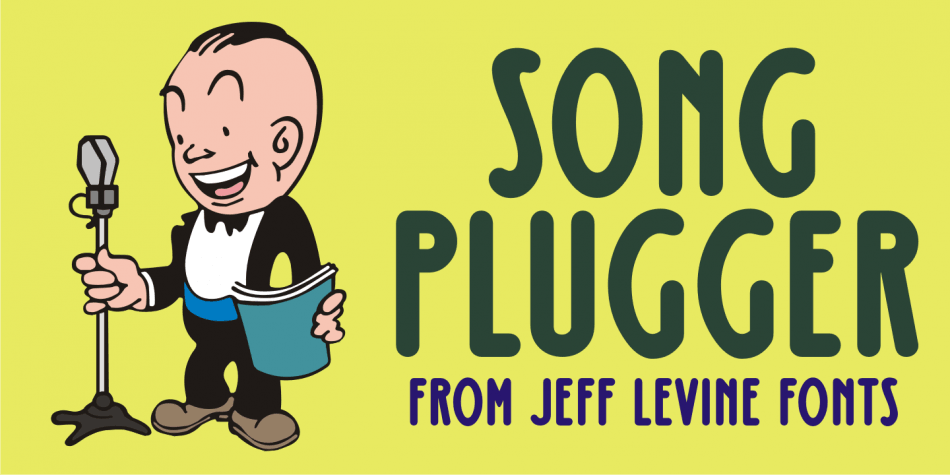 In the heyday of “Tin Pan Alley”, a song plugger was one whose job it was to bring a publisher’s song to the attention of performers, show producers and radio station executives; the forerunner of the promotion man who visited disk jockeys with new record releases in the hopes of getting them played on the air.

Song Plugger JNL was based on hand lettering spotted on some late-1920s-early 1930s sheet music.