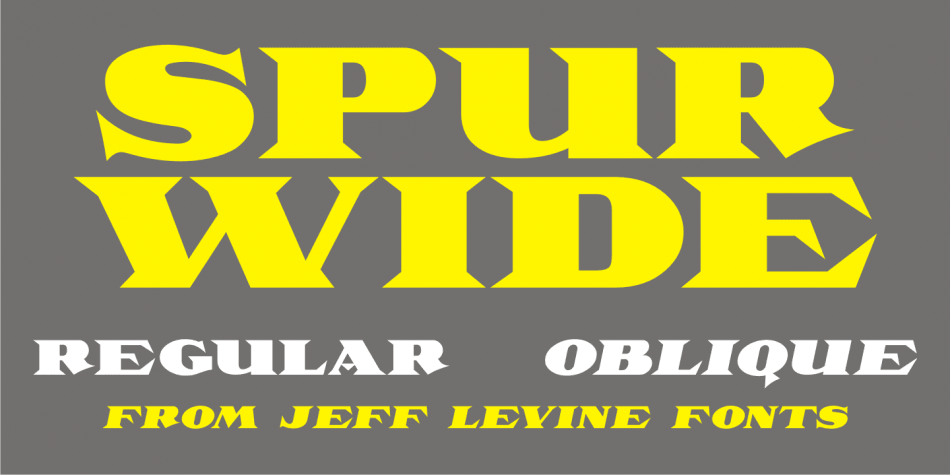 Heavy Roman style letters with spurs (often referred to as Latin) were most popular with sign painters and show card writers in the early part of the 20th century.

Spur Wide JNL is available in both regular and oblique versions.